Waking the Dead takes us right back to 2012, only it isn’t quite the 2012 we know. Your characters live in a world where the United States of America stands at the forefront of militarized psychic soldiers, and a CIA-trained Japanese psychic – the first psychic terrorist in human history – was responsible for the September 11, 2001 bombings. Furthermore, “psychics” are the only supernatural creatures that regular folks like yourselves know about. Most governments have no idea that there’s more out there. Other governments, though.

The truth is, pretty much everything and everyone out of supernatural tales and horror stories are very real.  From the Other Side, to the Darkness, to the Deep, to “Behind the Veil”, our favorite monsters and then some have their own world, one that tends to come alive after dark. It’s a world governed by the Accords, ancient rules of hospitality and conduct that mostly exist to keep these long-lived creatures from going at each other and inevitably bringing down the masses of humanity on everyone from their end of the pool.

The Accords were established by ancient orders of Hunters. Hunters were expected to be the judges, juries, and executioners of the Accords.  A lot of these orders have been lost to history, but more than a few have survived the centuries – and their members have continued to uphold the Accords as best as they can. The Accords and many of the oldest Hunter Orders in the world were established by the Malice Kings, god-like supernatural beings who were, in many ways, responsible for the state of things as the player characters know it.

The Malice Kings are attempting to destroy one another, and they’re very good at dragging people – hell, whole institutions, entire nations, the works – into their war. They’ve been fighting for centuries, but things truly came to a head in the year 1865. The Pieces they have on the board – and, for some of them, the Orders they control either from the shadows or as they always have – are their proxies. The Vigil of 2012, then, is a Vigil on fire, rife with conflict between the Orders that isn’t just driven by diametrically opposed beliefs.

Oh, and by the way: the world is ending. Not that your characters know that just yet… but, there you have it.

The battlecry for Waking the Dead is “Protect Your King” because this is meant to be a game of allegiances and hard decisions. Each Malice King has a vision for the world that they would like to realize at all cost. Players will inevitably be called upon to choose a side, even if that “side” happens to be attempting to say “fuck all” to the King’s Game and “hello” to the looming Apocalypse.

THIS IS AN ALPHA DOCUMENT RELEASE, put out for public consumption for the purposes of the Sword Dreamjam (found over here)! Waking the Dead's first official release is going to end up very different from what you'll find when you download this. 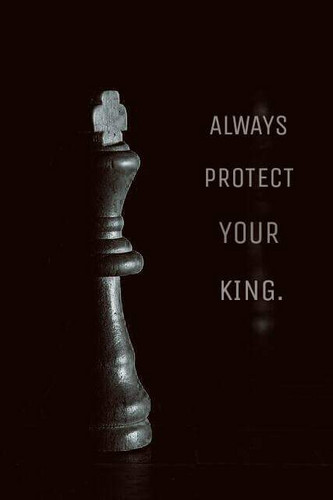